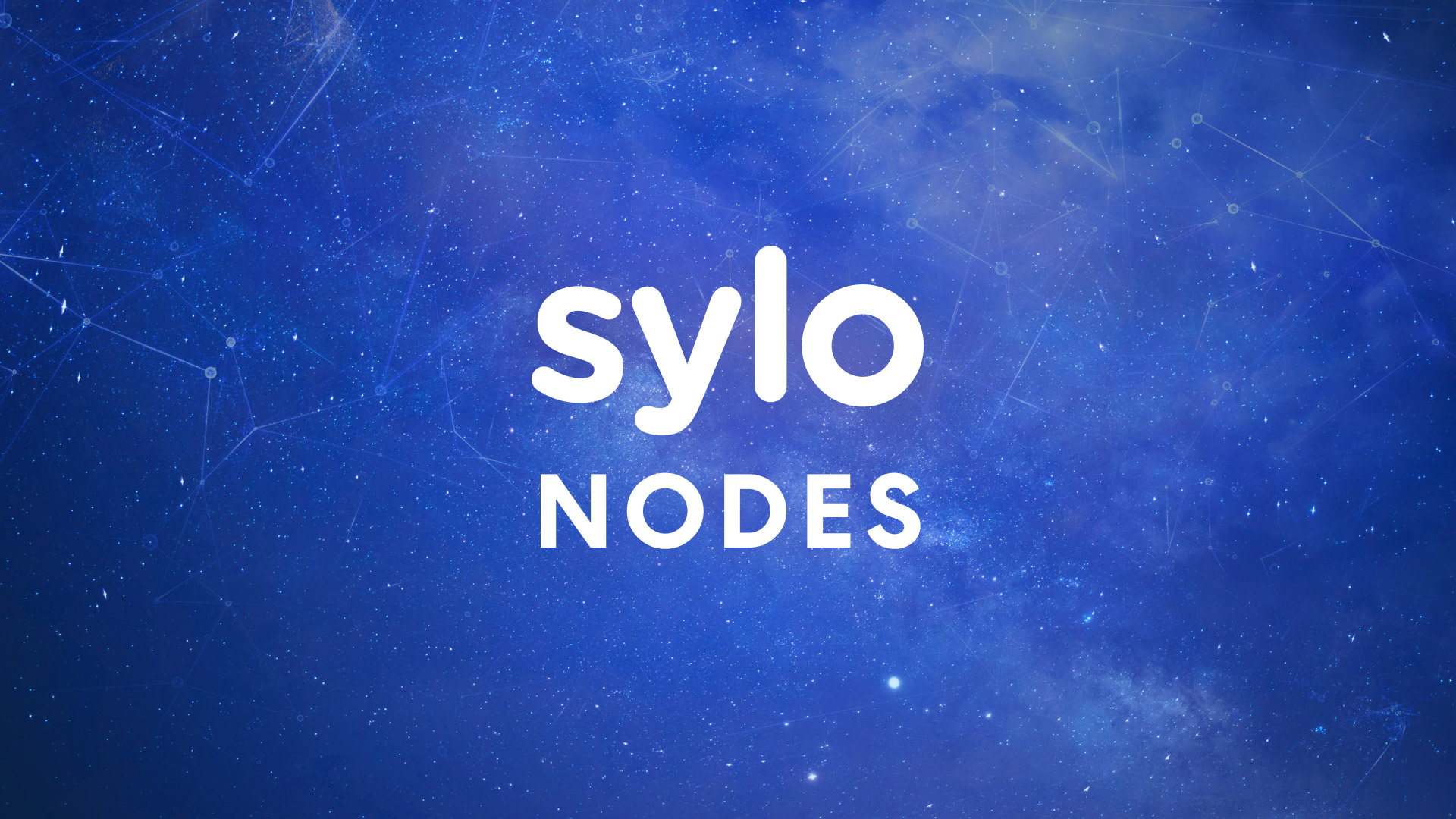 Sylo Nodes are the foundation of a global, decentralised network.

Sylo Nodes help Sylo users connect, chat, call, and use dApps in a truly private, fully decentralised way. Sylo Nodes are simple to run, so anyone can be part of the network.

Together we will build further services Sylo Node can provide and more ways to earn for contribution.

The distributed Sylo Nodes provide communication channels between any devices running the Sylo Protocol. Sylo Nodes are simple to run, so anyone can be part of the network. The network scales with ease and is not bound to any centralised nodes. All the Sylo-operated nodes could be removed and the Sylo Network would remain. Users are not bound to any specific node and can jump seamlessly to any other as necessary. This is literally an unstoppable network.

As the Sylo Network grows, there will be an increasing number of opportunities for those participating in the Sylo ecosystem. At Sylo, we take pride in moving quickly into new areas of decentralisation and bringing the best opportunities to our users and partners. Operating a Sylo Node gives you a voice in which directions we move the technology and how we unfold the future together. We want to do it together — not alone.

We understand that the success of the Sylo Network is dependent on a secure and robust method of fair reward. Our network has been designed from the ground up to provide incentivisations to Sylo Node operators. The Sylo Protocol has built-in support for probabilistic micropayments and Sylo Nodes have been designed to accept these payments. This mechanism (and others in the pipeline) are brought together with the Sylo Token to ensure a marketplace of services that benefit all.

Don’t get left out! We’re designing Sylo Nodes to be fast and easy to setup, so there is no reason to put it off. Being one of the earliest providers of Sylo Node services puts you in a prime position for early network incentives. Sylo will be working closely with our early node operators to facilitate their journey onto the network.

Setting up a Sylo Node early means having extra time to learn the ins and outs of a decentralised network. How can you join your node to the Sylo Network, acquire users, and provide the best service? How will you capitalise when important opportunities are announced. How many users do you want to support and which services will you offer? Do you want something custom from the network and can Sylo help you achieve it?

It’s time to start dreaming big! The Sylo Network has the flexibility to support a wide range of decentralised visions — integrating communication, wallets, smart money, micropayments, and blockchains — then delivering it to every person on the planet with powerful privacy and security. The next big innovation to land on the Sylo Network could be your own!

Anyone can run a Sylo Node.

Deploying your own Sylo Node is quick and easy. Sylo provides prebuilt Docker images. You can get the latest version of the Sylo Node by pulling it:

To test it, you can start a fully functional Sylo Node within a Docker container by running:

This is the simplest possible Sylo Network - a single Sylo Node running in an isolated environment with no peers.

To make the node more useful, we should connect it to an existing Sylo Network and make it accessible to peers. Keep reading to learn how to do this.

The Sylo Node has a few commands. Let’s briefly identify them.

service - Start the Sylo Node, connect to a Sylo Network, and listen for service requests.

cli - A simple CLI that can be used to interact with the management RPC of a running Sylo Node.

version - Displays the version information for the Sylo Node.

There are several Sylo Node Service configuration options used by the Sylo Node:

If you don’t provide an identity file, the Sylo Node will generate an ephemeral one each time it starts. This is fine for testing, but you will need a permanent one when you want to join an existing Sylo Network.

If you don’t already have an identity file, you can generate one like this:

This file contains a private key for the identity, so you should keep it safe. If this file is lost, the associated identity will be lost.

The Sylo Node stores data for peers and also maintains various stores of its own. This directory will default to ~/.sylo-node. Note that if you use the Docker image, this will be inside the Docker container you are running.

If your Sylo Node is supporting the Sylo Smart Wallet, you can leave this as the default value. If you are running another app on the Sylo Network, you may need to pass the URI to your own push notification server.

You can specify as many bootstrap peers as you like. A minimun of 3 is recommended. The Sylo Node will connect to these nodes when it starts and use the connections to bootstrap onto the Sylo Network. Other peers can be discovered as needed using the network’s peer discover DHT.

Bootstrap peers are provided as special P2P multiaddrs, which provide both an endpoint and a peer-to-peer ID. They look like this:

This option takes no arguments. It tells the Sylo Node to assist other peers with making peer-to-peer connections by acting as a relay.

If the node does not act as a relay, peers connected to this node are likely to appear “offline” to other peers on the network.

Managing the Sylo Node is performed through an HTTP RPC. The management RPC runs on a different IP/port endpoint than the Sylo Node service. The RPC supports basic authentication, though restricting access to the endpoint with additional security is suggested.

This is the local IP address the RPC server will bind to.

This is the local port the RPC server will bind to.

A basic authentication username, used to access the RPC.

Since the Sylo Node runs in a Docker container, you will need to make connections between the container and the local machine to access things like network ports and the file system.

Connecting to a Docker Port

Connecting to the Docker Filesystem

If you started the Sylo Node with --data-directory /data, you can mount this Docker directory to a directory on your filesystem by calling docker run with -v ./.sylo-node:/data. This would map the directory named .sylo-node (in the current directory) to /data in the Docker container.

Remembering all the configuration parameters for a Sylo Node can be a bit daunting. Instead, you can store them all in a docker-compose file.

Here is a basic comfiguration you can use as a template:

Soon you’ll be able to earn and get rewarded for contributing to the Sylo Network.

It’s time to start dreaming big! The Sylo Network has the flexibility to support a wide range of decentralised visions — integrating communication, wallets, smart money, micropayments, and blockchains — then delivering it to every person on the planet with powerful privacy and security. The next big innovation to land on the Sylo Network could be your own!